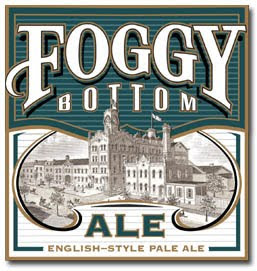 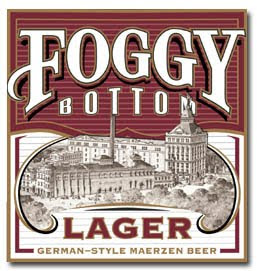 The beer scene in America today is truly fantastic. The quality and variety of beer available in the United States is unmatched anywhere in the world. This is a great thing, and we as Americans are getting back to drinking locally as well as globally. Before Prohibition there were literally thousands of local breweries in the U.S. serving their beers to the local markets. Just about every town and city had their own brewery and our nation's capital, The District of Columbia, was no different. The Chr. Heurich Brewing Company was established in Washington, DC in 1873 by a German immigrant named Christian Heurich. By 1894 Heurich's beers had become so popular in DC a brewery the size of over two city blocks was constructed on the Potomac river and the Foggy Bottom neighborhood of Washington, DC.

Sadly by the 1950's Heurich had lost its local support, and with rise of a handful of powerful national breweries, Huerich closed its door in 1956. The brewery was knocked down, and on the brewery site now sits the John F. Kennedy Center for the Performing Arts. Heurich' s history might have ended there. The Heurich story continued 20 years later when in 1986 Gary F. Heurich, third generation brewer, and the founder's grandson, started the brewery up again but as a contract brewery. He named it the Olde Heurich Brewing Company, and had his beer brewed for him by the F.X. Matt Brewing Company of Utica, NY. Huerich started with one beer, Olde Heurich Maerzen Beer, a German styled marzen, which is a clean, malty, smooth and drinkable lager. It was the brewery's flagship, I actually tried this one in the early 1990's as a "beer of the month club" selection, and remember being impressed. A few years later I actually moved to the DC area, and was re-introduced to this beer.

In 1995 Huerich added another flagship beer with the introduction of Foggy Bottom Ale. Two years later he would change the name of the Maerzen to Foggy Bottom Lager. These beers had a real presence in the DC Metro Area, and you could find them in bottles in local beer stores and on draught at bars all across Washington, DC, Northern Virginia, and Maryland. I remember drinking quite a bit of both the Foggy Bottom Lager and Ale on draught, and remember both being very well done beers. Olde Heurich went on to do seasonal beers such as Winter Fogg (porter) Spring Fogg (maibock) Autum Fogg (Oktoberfestbier) and Summer Fogg (American wheat beer) that were all well crafted beers with character.

Foggy Bottom Ale was a pale ale by style with a good pale and biscuity malt palate, paired with some great citrus and piney hop aromas, flavors, and bitterness. This beer was actually dry hopped with Hallertau and Cascade hop varieties. Dry hopping is a process where the beer is actually conditioned with hops after the brewing process giving this beer excellent hop aromas. This was a very drinkable, sociable pint, that went well food. I remember drinking a lot of this one on draught at a number of places in DC, and bottles being available in my good beer stores.

Foggy Bottom Lager was a classic example of marzen a Barvarian beer style that was the original Oktoberfestbier. Marzens are clean, smooth, malty beers with outstanding nutty and toasty malt flavors. This beer was very drinkable, and I remember enjoying this one on draught as well, and would purchase bottles of this one to enjoy at home as well.

Sadly it all came to an end again for Huerich this very week four years ago. On March 4th, 2006 the Washington Post reported Gary Huerich decided to stop producing Foggy Bottom beers due to poor sales and lack of real local support. The brand had been sold in DC Metro Area for 20 years, but DC's hometown beer would be no more. The really sad part is this brewery, its owner and his beers was DC last surviving link to a real regional brewery in the District. I believe part of the problem for Huerich was the fact that Foggy Bottom beers were contract brews, and there really had not been a Huerich brewery in DC since it closed in the 1950s. Huerich planned to open a brewery in DC, but it never happened, and Foggy Bottom beers never really got the "hometown" brand loyalty Huerich was hoping for.

I did not drink Foggy Bottom beers every day, but it was nice to know they were there, and I kind of miss the fact they are not. I have a lot of good memories of drinking Foggy Bottom beers in DC, so I pay my respect for them here. Oddly enough, you can still find the brewery's site on the web, and it is worth a look at: http://www.foggybottom.com/
Posted by Red Rooster at 10:53 AM