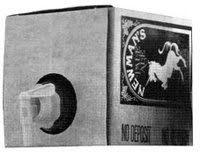 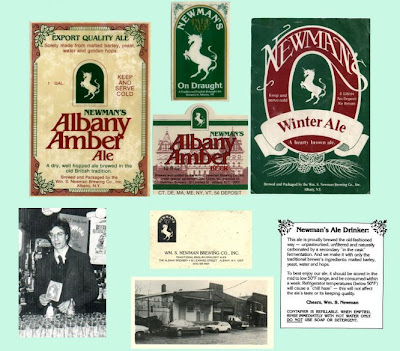 When one thinks of the genesis of craft beer in the United States, there are a few names that immediately come to mind. Brewers such as Anchor Steam and Sierra Nevada are named right off the bat. Among beer geeks it is pretty common knowledge that The New Albion Brewing Company of Sonoma, California is rightfully credited as the first craft brewer in the United States when it opened in 1977. These were all West coast brewers, surely someone on the East Coast of the U.S. had decided to brew beer as well. So who was the first craft brewer on the East Coast?
Some early east coast brewers have made claim such as the D.L. Geary Brewing Company of Portland, ME and The Weeping Radish Brewing Company of Maneto, NC. Both those breweries were established in 1986 and were indeed two of only a handful of brick and mortar breweries who opened their own breweries and brew their own beers from the ground up. These were not contract brewers having an established regional brew their beer for them. These were local entities brewing their own beers, and serving their local markets. Geary's and Weeping Radish are two legendary East Coast brewers, however they are not the first.
That title can be claimed by one man, and one brewery: The Wm S. Newman Brewing Company of Albany, NY. Bill Newman established his brewery in downtown Albany in 1980-81 and was a true pioneer. Newman a teacher/journalist had learned how to brew beer in England, and brought what he learned to the United States. He brewed British beer styles, and his two flagship beers were Albany Amber Ale and Albany Pale Ale. He even went on to brew a winter warmer called Newman's Winter Ale. These beer could only be found in the Albany area on draught.
You could actually purchase beer at the brewery as well, and it was also available at Albany area beer retailers. Newman did not bottle beer and this was before the days of growlers. Newman's answer was to package his beer in something that was called a cubitainer. A cubitainer was a 1 gallon or 1.5 gallon plastic cube that Newman marketed in a cardboard box, similar to wine boxes that you see today. There are actually some brewpubs that still use the cubitainer, Big Time Brewery in Seattle, WA comes to mind. The beer was unpasteurized, and had to be consumed quickly. Empty cubitainers could be returned to the brewery, and refilled, much like craft brewers today do with growlers.
Newman's ale were said to be fresh, flavorful, delicious beers. They were unpasteurized, unfiltered, and naturally carbonated. The problem with such a small scale operation, and brewing in the early 80's was inconsistency, and Newman's product sometimes suffered from this.
It is amazing that beer like this existed at the time, and Newman really should be credited with being a true craft beer pioneer. By 1985 Newman was trying new ways to make the brewery profitable, and actually started to contract out Albany Amber for bottle production with The Hibernian Brewery of Eau Claire, WI. Newan wanted to eventually put in his own bottling line, but needed to prove there would be local demand for his bottled beer. Sadly, sales had been in decline for Newman's draught products, and real local support for the bottled Albany Amber never happened. Newman was forced to close his doors in 1987 and went out of business.
A sad ending to a true American craft beer pioneer, and legend. What Newman was doing at the time was ground breaking, and he was truly ahead of his time. Like with the Emerald Isle Brew Works of West Warwick, RI Newman's beers were actuall "too good" for the market and the time period he was in. Had Newman started up 10 years later, or even in today's market? We would probably still be drinking his beer, at least in Albany. What Newman did should always be remembered, because he was an early template of what the Craft Beer Revolution was and is all about. Fresh, delicious, local beer. All of us who enjoy great beer today owe Bill Newman and what he did a debt of gratitude, whether we know it or not. How influencial was Newman? Back in the early 80's a young Jim Koch did a short stint at Newman's brewing. Koch went on to say:
These little microbreweries were starting up and that really got my interest. I actually worked in Bill Newman's brewery in Albany. He was the first guy who started a microbrewery east of Boulder. I came away thinking, OK, the idea is right. I knew that it was possible to make world-class beer here in the United States.
Jim Koch went on to found the Boston Beer Company, and is the brewer of Sam Adams. So next time you are in the pub drinking a pint of your favorite, local craft beer? Lift a pint for Bill Newman and the Wm. S. Newman Brewing Company.
Posted by Red Rooster at 12:47 PM