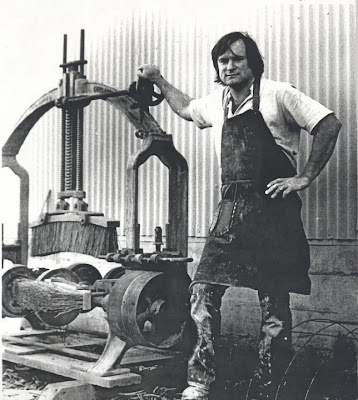 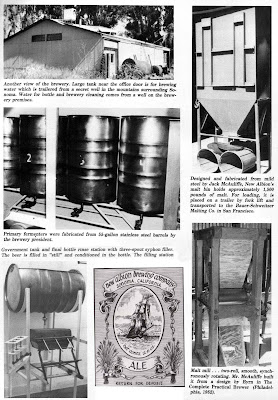 There can be only one. When people ask what was the first microbrewery or craft brewery in the United States? The answer is without question The New Albion Brewing Company, of Sonoma, CA. New Albion was only in business from 1976-1983 but the effect this brewery had on America will resonate for a millennium. New Albion sparked a fire that will never be extinguished. This brewery stoked the fire for Americans who were longing for beers with flavor and character. Prior to Prohibition, there were literally thousands of breweries in the United States. These regional brewers offered beers with regional flavor and character. In the New England states, it might be a brewery that brewed ales and porters. In the Midwestern states, a brewery that offered German beers styles like bock bier. On the West Coast a brewery that brewed a hybrid beer style known as Steam beer.

By 1976 that had all been lost, with only a handful of national brewers, and a few regional brewers that were hanging on. The United States had almost lost the idea of how special beer could be, and it had become a commodity in this country. Fritz Maytag rescued a long standing brewery in San Francisco, CA called the Anchor Steam Brewery. Maytag was brewing beers like no other at the time. He was the precursor to what was to come.

Anchor had been a brewery since the 1800's. So who would be crazy enough to start a brewery from the ground up, making beers with flavor and character in 1977? That man was Jack Mc Auliffe, and he called his brewery New Albion. The story goes that Jack Mc Auliffe was serving with the U.S. Navy in Scotland in the mid 1970's, Jack liked the beer he was drinking in Scotland, and knew he could not get these types of beers back in the United States.

What was Jack to do? He did what many others did with the bland choices on the market and started to home brew. The legend was born. Jack Mc Auliffe started the New Albion Brewing Company in Sonoma, CA literally from the ground up. There were no craft or micro breweries at the time, and Mc Auliffe literally put a brewery together with modified equipment and made it work. Jack brewed the beer and was smart enough to hire a recent UC Davis graduate by the name of Don Barkley who would come to work for New Albion for free.

New Albion brewed British beer styles on a very local level. The consistency and availability of the product is really irrelevant to what is being stated here. What makes this brewery so important in U.S. brewing is the fact that is was the first brick and mortar, start up brewery in the United States since Prohibition. This was the template for all micro/craft brewers to come. Jack Mc Auliffe and his New Albion Brewery were truly revolutionary at the time, and this brewery fired the first shot for beer independence at the national brewers who dominated the beer market. They took no notice then, they do now. If you are enjoying a glass of great craft beer today? It is in no small part due to New Albion Brewing Company. That is how important this brewery was to the U.S. and the Craft Beer Revolution. If we want to compare this to our own colonial history Jack Mc Auliffe would be Patrick Henry. Would this have eventually happened? I think it would. But I thank Jack Mc Auliffe and New Albion for making it happen when it did, and we as beer lovers in the U.S. are all reaping the benefits 33 years later.
Posted by Red Rooster at 5:59 PM