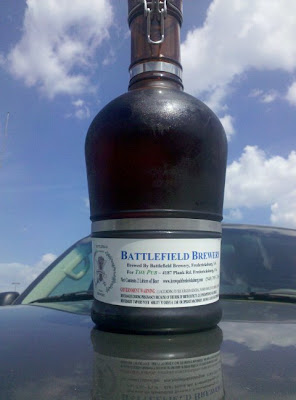 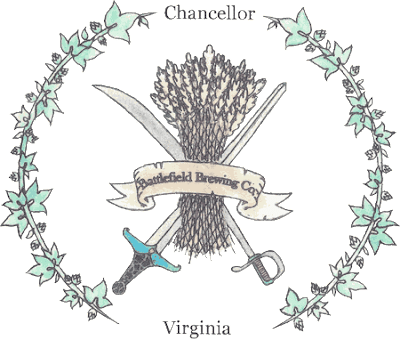 It really is a wise old saying to not judge a book by its cover. If you were to venture down Route 3 in Fredericksburg, VA and and entered the Chancellor Center, you probably would not think much of this non-descript strip mall. You would find the usual suspects of retail shops and restaurants. What makes this strip mall a little different, and why it matters if you love great beer? There is a brewery in this one, and a pretty awesome one at that.

It does not look like much from the outside, but since The Pub opened in 1995 it has been a favorite watering hole for locals. This is very much a local place offering standard pub fare, domestic and imported beers on draught. It has a nice bar/pub area on one side, and a nice restaurant area on the other. The food at The Pub over the years has gained a local reputation as being outstanding, and with over a 100 choices on the menu, there really is something for everyone. I've been impressed with the quality and variety. When is the last time you saw fried ravioli on an appetizer menu, or had a Monte Cristo sandwich? Salads, burgers, chicken, steaks, you name it, The Pub serves it, and the portions and quality is just awesome. As good as The Pub was and is, last year they did something that took them to another level.
In October of 2009 the Battlefield Brewery set up and started brewing operations literally about 10 feet from the bar where the taps flow. Here is what Battlefield has to say:
Among the sixteen beers we have on tap, our selection includes the best imports and domestics brewed and now, we offer our own beers. Artfully brewed in our own microbrewery here at The Pub. We have five different styles on tap. Three taps dedicated to our customer’s favorites: Chancellor Ale, an American style Pale Ale, Iwo Jima Red Ale, a hearty Irish style Ale and Coral Sea Kolsch, a German style Ale aged like a lager. The other two taps we rotate different styles like Porters, Belgian style ales, IPAs, Wheat and various other ales and lagers. Try some of the freshest and tastiest beers you will ever experience.
This is a very small brew house, producing a very limited amount of beer that must venture to The Pub to try. I for one, love that. This is what fresh, local craft beer should be all about. Having visited Battlefield on four separate occasions now, I will concur with the statement that Battlefield beers are some of the freshest and tastiest beers you will ever experience. This brewery has been brewing for less than a year, but in that short time frame that are producing some fantastic beers. Fresh, flavorful, stylistically accurate and delicious. If you love good craft beer, you are going to be very happy with a trip to The Pub and Battlefield Brewery. I've enjoyed everything in their regular rotation as well as a fantastic stout, Belgian ale, and IPA.
Things got even better with the recent release of 2 liter swing top growlers for beer to go. $24 will get you the growler and refills are $8. Well worth the investment for such great beer. The Pub gets it right on so many levels. Great atmosphere, great food, great service, and the most important thing, great beer. The restaurant part is family friendly, so you can bring the kids, the bar/pub part is great as well if you want to hang out with the boys and have a few. Smoking is allowed in the bar, so that might be the only knock on this place for a non-smoker. With the addition of Battlefield Brewery and the house brewed beers, it makes this place a destination visit for anyone who loves great craft beer. You would be insane not to stop here if you are a beer lover and you find yourself within a 50 mile radius of this place. For more info visit:
http://www.brewpubfredericksburg.com/
Posted by Red Rooster at 11:13 AM