What is new is old: Old Bisbee Brewing Company 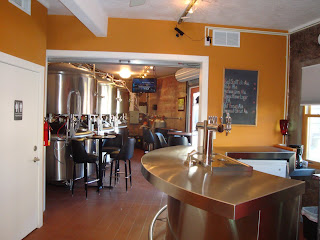 Nice to see Arizona's newest brewery is located in Bisbee, AZ the home of Arizona's very first. The Old Bisbee Brewing Company opened its doors on March 14th, 2010. The line up at the brewery tap room looks pretty impressive with a Scottish ale, a pale ale, a hefeweizen, a pilsner, an IPA, a nut brown ale, and an Imperial Stout for starters.

Amazing how far craft beer has come as just 22 years ago, in the same town of Bisbee, the legendary Electric Dave opened up Arizona's very first brewery in 1988 with the founding of the Electric Brewing Company.