Quite possibly the worst beer on the face of the earth: Corona Extra 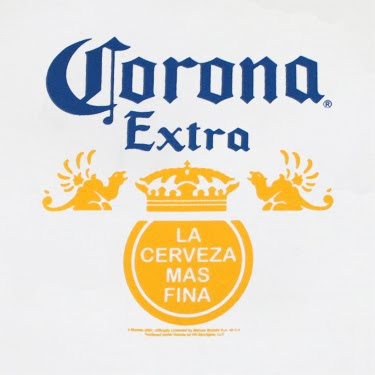 With the summer fast approaching, barbecues and cook outs will start to be found in backyards all over the place. Nothing goes better at a good cook out than beer, right? Guess again. I remember attending a friend's cookout a few years back, that might have been a total disaster. My friend was nice enough to give me some some fair warning, and disaster was avoided. My friend told me what type of beer would be served. He said, "Don't worry about a thing,there will be plenty of food, and plenty of beer.". Me, being the beer lover that I am, asked: "What kind of beer?". His answer: "Coors Light, and Corona, that is all I drink.."

I knew I was in BIG trouble. So, being a good guest (never go to a party empty handed) I brought a 12 pack of Corona and a few limes for my gracious host, and for me, some Negra Modelo,and some Tuppers' Hop Pocket in my cooler. It was a great cook out, but it reminded me at the time how far the craft beer industry still had to go. No one, and I mean NO ONE was interested in craft beer. Corona was as exotic as they were going to get. Which was fine for them, but not this beer lover. So what about Corona? It can't be that bad, it is wildly popular. It is the number one imported beer in America, and the ten most popular brand in America, how bad can it be?

When I say this beer quite possibly be the worst beer on the face of the earth? I am as serious as a heart attack. I can understand why this beer is so popular. It is popular for the same reasons Coors Light, and Budweiser are so popular. Beers brewed to have the widest range of appeal, that is meant to offend no one, means beers with little flavor or character. These types of beers sell, and they sell well. I get that part. What I don't get, is, why people are willing to pay more for Corona. Here is a beer that is priced about the same as some quality, local, micro brews, yet it is a mass produced, bland, lager. All I can say is, hats off to the marketing department at Corona, they got a winner on their hands. Great marketing. Serve it ice cold, and squeeze a wedge of lime in a Corona, a dash of salt, and you will mask the true flavor of this beer. I think who ever decided to market this beer, and thought of serving this beer with a wedge of lime, is brilliant. Thank God for ice and limes.

Corona Extra pours to a straw gold color with a slight white head, and a lively carbonation. The nose on this beer is horrible. Corona is marketed in clear glass bottles, and with clear glass, or green glass, beer can become what is known as light struck. I won't get into the science of it, but the bottom line is, light,and heat are deadly enemies of beer. It makes a beer smell and taste skunky. The nose on the bottle of Corona I drank was very skunky, no malt or hop aromas were present. The palate? More of the same, a slight skunky flavor, mixed with lots of fizzy carbonation on the tongue, and a very thin, and watery body. This beer finished with more skunky flavor that ended with a black hole of nothing.

In a word, this beer was disgusting. That is the true flavor of Corona folks. I dare even the most loyal Corona drinker to try this one without lime and at a temperature above freezing and tell me they really enjoy it. As a beer, it is a mass produced, bland lager with little flavor and character. How does Corona get over and why is it so popular? People drink it ICE cold, and with a healthy dose of lime to mask the flavors. Or on the odd chance you might get a bottle that is not light struck, lime adds some flavor, to a beer that has virtually none. Try a Corona that's true flavor isn't numbed with cold, or spiked with lime, and you will understand what a horrible beer Corona really is.

What really boggles my mind, is, people are willing to pay more for this beer. You might as well save yourself a few bucks and squeeze a lime into a Miller Lite, or even a Milwaukee's Best, those beers have as much flavor and character as Corona. Corona drinkers are being duped, and ripped off in my opinion. What are you really paying for? A painted bottle? The quality is just not there, it is just great marketing of a poor beer.

I will leave you with this. I attended a beer dinner with Micheal Jackson, The Beer Hunter. Before he passed away in 2007 he was the most recognized authority on beer in the world. As chance would have it, Jackson and I was in the men's room, making room for some more beer. Someone asked Jackson when he was doing his business; "That coming out like Miller Lite?".Jackson replied: " I was thinking more like Corona. ." True story.
Posted by Red Rooster at 8:35 PM