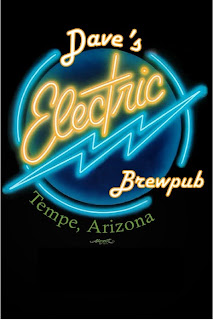 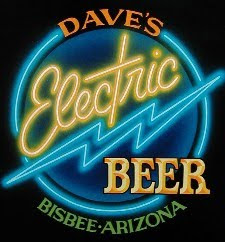 We really have come a very long way when it comes to craft beer in the United States. These days we pretty much take for granted the easy access and variety of choices we have in our markets. Craft beer might be a little hard to find in some places, but at the very least you will always be able to find Sam Adams, Sierra Nevada, or even Red Hook. That was just not the case 20 years ago. If you wanted craft beer? If you wanted to visit a microbrewery or brewpub? You really had to go look for it, and when you did find it, the choices were few and far between.

The name Electric Dave might not mean anything to the average beer drinker. It might not even mean too much to a casual beer geek. But some of us remember the name Electric Dave, and why that name is an important one in the American Craft Beer Movement. So, who was and is Electric Dave and why should you as a beer lover care? Dave Harvan is quite simply a craft beer legend.

In 1987 "Electric" Dave Harvan successfully lobbied the Arizona state legislature and opened Arizona's very first microbrewery in the border town of Bisbee, AZ. The Electric Brewing Company established in 1988 has gone though a lot of twists and turns in the 22 years since its founding, but I am happy to say, this tiny, little microbrewery is still cranking out beer. To think of a craft brewer in a tiny Arizona border town 22 years ago? That is amazing to me. That is a true craft beer pioneer, and why Electric Dave is a legend among beer geeks.

Electric Dave's most popular product was and still is his Electric Beer. This beer is a pale lager by style, and in the Arizona heat a beer like this makes perfect sense. Crisp, clean, smooth and drinkable. I would rather have this locally brewed Arizona beer than a Bud, Miller, or Coors or that Mexican swill that is Corona. People in Bisbee, AZ were drinking local back in a time when the big three American brewers AB, Miller, and Coors totally dominated the market. There is a lot to be said for Electric Dave giving people a local choice back in the late 1980's. Dave also brewed up an and American pale ale called Electric Ale, an IPA called Industrial Ale, and an oatmeal stout called Old Frog Grog.
Electric Dave got himself in a bit of trouble back in the early 1990's for mailing some "Mexican oregano" to a friend on the East Coast and would up going to jail for 5 years. Brewery operations ceased until 2000 when Dave was released from jail. The Electric Brewing Company has limped along with sales of Dave's beers waning at periods and making the brewery profitable business a real challenge. The Electric Brewing has actually had to shut down production, and Electric Dave has had the brewery up for sale. Things are looking up though.
In 2007 two Tempe, AZ business partners came to an operating agreement with Electric Dave and have taken the reigns of the Electric Brewing Company. They operate the brewery in Bisbee which still brews and bottles all of the Dave's Electric beers. In 2009 Dave's Electric Brewpub opened its doors in Tempe, AZ. The brewpub will feature all the Bisbee brewed Dave's beers, as well as experimental and seasonal beers brewed in house at the brewpub in Tempe.
It is great to know that a craft beer pioneer like Electric Dave and his beers live on. And while Electric Dave might not be in charge of the operations anymore, and his not brewing the beer himself these days? What he did, when and where he did it, will not be forgotten, and why Electric Dave will always be a legendary figure when it comes to American craft beer. For more information visit: http://www.daveselectricbrewpub.com/