When Aurthur Guinness established his brewery in Dublin, Ireland in 1759 did he know he would be responsible for creating on of the world's greatest beer styles? 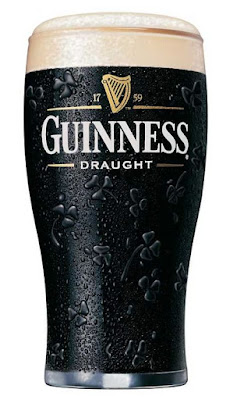 His brewery started off brewing ales including porter. In Ireland this style is often referred to as plain and Guinness brewed a plain up into the 1970's. I'm sure that beer was a good one, but the beer that made Guinness was his "stout porter." The earliest use of the word stout to describe a beer was in 1677, but stout as it own unique beer style did not come about until the 1820's. Stout is another word for strong, and you ordered up a pint of stout porter, you were drinking the strong version of Guinness' plain.

Today more than any other beer style, Irish or dry stout is defined by one brewery, and that brewery is Guinness. To understand the history of this beer style, a little history of Guinness is in order. Arthur Guinness bought an abandoned brewery at St. James Gate in Dublin in 1759 steadily growing over the years. By 1799 Guinness had become specialized in brewing only porter and stout porter. The stout porter had become the brewery's most popular product, and eventually the term stout porter was dropped and this beer simply became known as stout.

Guinness dominates the world wide stout market, and odds are what ever country you find yourself in, you will find Guinness stout in one form or another.

By style Irish or dry stout is jet black in color with a thick, creamy white head. The beer gets its dark color from the use of black pattern malts and unmalted roasted barley. Irish stouts have some grassy hop aromas with good coffee and roasty aromas. The palate is firm with flavors of dark malt, dark chocolate and coffee with a medium to full body. The finish defines this beer and it is always bone dry, roasty, and bitter. While dark in appearance, Irish stout is actually moderate in calories and alcohol coming in at 4.2% abv.

Guinness is the bench mark example of the style and is a world class beer. It is a classic on draught, poured on nitrogen which causes the beer to cascade in the glass, and when settled after a few minutes gives it that signature, thick, creamy, white head. There are many excellent examples of the style on the market today. Irish brewed stouts such as O'Hara's Celtic Stout, Murphy's Irish Stout, and Beamish Irish Stout are all classic examples of the style. U.S. craft brewers have done a tremendous job with the style as well, and many local examples of Irish stout can be found pouring all over the U.S. With St. Patrick's Day quickly approaching, now is a good time for a good Irish stout.
Posted by Red Rooster at 11:17 AM