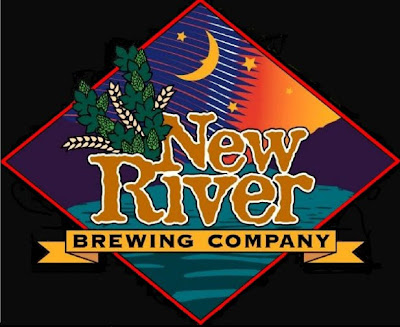 The Old Dominion Brewing Company closed in Ashburn, VA in 2007. At one time it was one of the most impressive microbreweries in the United States. It survives today but is a shell of what it once was. They brewed a range of beers styles, and often contract brew for other brewers, taking those recipes and producing fantastic results.

New River Pale Ale was yet another phenomenal example of OD's art of brewing, and the inspiration of a young, talented brewer with a dream. This beer was one of time favorite Old Dominion brews, and I use to make it a point to get a pint of this beer each and every I visited t the brewpub at Old Dominion which closed for good in August of 2007. New River Pale Ale won bronze at the 2000 GABF in the American Style Pale Ale category, the largest of all categories at the GABF. It also struck GABF Sliver in 2004, gold was sure to be next. It deserves gold, but it will never get that medal, but will have a special place in the hearts and minds of Virginia beer lovers. Sadly, this beer comes with a tragic story.

New River Brewing was a contract brewery, but it was the dream of its founder/owner to have a brewery that he could some day call his own. Plans were put in place to eventually open a brewpub/brewery in Blacksburg, VA, and the success of New River Pale Ale could have indeed made the dream, a reality. Those plans were sadly halted, with the tragic and sudden death, of New River president and founder Kenny Lefkowitz. Kenny was only 32 years old, and the craft beer community here in Virginia, was saddened deeply by his loss in 2001. As hard as it was to continue without Kenny, his friends and family decided to keep New River Brewing in business, and not let Kenny's dream die. In 2003, New River decided to make a push with this beer in the Northern Virgina market, and New River Pale Ale could be found in 12 oz bottle six packs, at local good beer stores and super markets. Plans for expansion of New River Pale Ale in new markets had continued and New River Pale Ale expanded into select markets in North Carolina, West Virginia, Georgia, and Louisiana.

This beer was designed by the late Kenny Lefkowitz, and it was a hop cocktail of a brew. Four different hop varieties are used in the brewing of this beer including Amarillo Gold, Centennials, Cascades, and Columbus. The hops in this beer were added in four additions. Amarillo for bitterness, Amarillo and Cascades for flavor, Amarillo, Cascades, and Centennials for aroma, and then it is finally dry hopped over Amarillo, Cascades, Centennials, and Columbus hops. This beer was designed for lovers of American pale ale, from a brewer who had fallen in love with this style. Two row pale, caramel, Munich, and wheat malts were used to give this beer a malty back bone to stand up to all those hops.

I reviewed this beer years back. Here were my thoughts:

New River Pale Ale pours to a beautiful, bright, deep amber color with a creamy white head, and a vibrant carbonation. The nose on this beer literally hits you from a foot away. Very vibrant, zesty, piney, and citric hop aromas flood the nose. Hops are in this beer by the bail load, and it is a mix of those signature, classic Pacific Northwest hops that define American pale ale. The palate is firm with a really good pale and caramel malt base, which acts as a spring board to more hop overload. New River Pale Ale explodes into a very long, dry, citric and piney hop bite that lingers on the tongue for quite some time. This is a bracing, very hoppy beer, with very vibrant hop character in aroma, flavor, and bitterness.


Not for the timid, this beer would satisfy the most seasoned hop head. A tribute to hop heads, and an honor to a true beer lover, the late Kenny Lefkowitz. Sadly Old Dominion stopped producing this beer in 2007 and Kenny's dream ended. It will always be remembered fondly, and has become in Virginia and Mid-Atlantic beer circles, a legendary beer.
Posted by Red Rooster at 8:27 PM