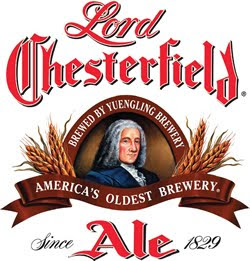 Anyone who is even the slightest bit familiar with the beer world, knows about the legendary Yuengling Brewery of Pottsville, PA. This long standing (since1829) PA regional brewery, has kept the "Big Three"national breweries at bay, and have offered the good people of PA, some local beers with more character and flavor than the nationals. Which are no longer national by the way. Bud? Miller? Coors? The companies that brew those beer are no longer American, all foreign owned and operated.
An amazing thing has happened with Yuengling a few years ago. That have broken out of the "regional" brewery mold, and have had recent success in other national markets. Could Yuengling become a national brand? It seems that it on its way. So much so, they have built another brewery in Pottsville, acquired one in Tampa, FL, and their beers are now available in a number of US markets, well out of their "regional" area.
Lucky for me, Yuengling has always spilled over the state line, and all of their products have available here in the DC Metro Area, and have been for a number of years now. Yuengling Porter is legendary, but many of the locals in PA, and in the Mid-Atlantic (myself included) enjoy another beer from Yuengling, and that is Lord Chesterfield Ale. Chet is actually a lager, not an ale. Maybe they marketed it as such because of the regal title? Who knows, and who cares. This is a good beer. Lord Chesterfield ale is a light, smooth, drinkable beer with a lean malt body, and good hop character. You can really smell and taste hops in this beer, making Chet bolder than your normal "main stream"offering.
This beer pours to a bright golden color with a nice white head that slowly fades, and a good bit of carbonation. The nose has some nice, subtle grassy hop aromatics, and just a touch of pale malt aroma as well. The palate is lean, but a nice underpinning of maltiness is there, and you can really tastes it. Chet finishes with a slightly herby/grassy bitterness that is pleasing.
This is a solid beer, that is very drinkable, and for the price, it really can't be beat. Chet is the type of beer you will find in a cooler at a cook out, on tap at an unpretentious bar in PA, or a staple beer in many a beer fridge. This is a good, honest, drinking beer. I just hope that Yuengling does not try to dumb down their beers for more mass appeal. I don't think they will, so relax, enjoy, and have a few Chets. For more information visit the brewery's site at:http://www.yuengling.com/
Posted by Red Rooster at 9:12 PM